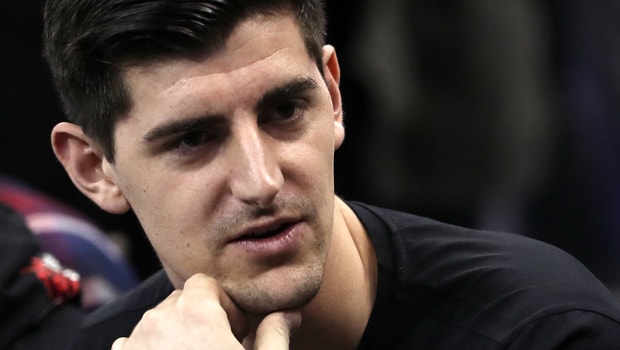 Thibaut Courtois officially signed a six-year deal with Real Madrid on Thursday and declared it was his ‘dream move’.

The Belgian shot-stopper ended his seven-year spell at Chelsea to return the Spanish capital, where he spent two seasons on loan with Atletico Madrid after joining the Blues in 2011.

“Today I am realising a dream,” said Courtois. “This is the best club in the world.”

Courtois has two children in Madrid and he said that was further motivation for his move, something he hoped the Chelsea faithful would understand. “Chelsea will always have a special place in my heart,” he added.

“I want to thank the fans for their great support.

“I hope you understand that being close to my kids was considerable in my decision.”

Chelsea confirmed Real midfielder Mateo Kovacic had joined on a season-long loan deal as part of the agreement.

Kovacic, 24, had been at Real for three seasons since joining from Inter Milan and helped Croatia reach the final of the World Cup.

“I am really happy and excited to be here. It is an amazing feeling,” Kovacic told Chelsea’s website.

“I will try to do my best for this club. It is a new league for me, the beginning is always tough but I am sure the coach and my new team-mates will help me and I am looking forward to a great season.”

The Premier League side wasted little time in finding a replacement for Courtois, with Athletic Bilbao goalkeeper Kepa Arrizabalaga arriving at Stamford Bridge for £71m, the highest fee ever paid for a goalkeeper, on deadline day.

Chelsea are 13.00 to win the Premier League this season and 1.62 to start with a win away at Huddersfield on Saturday.