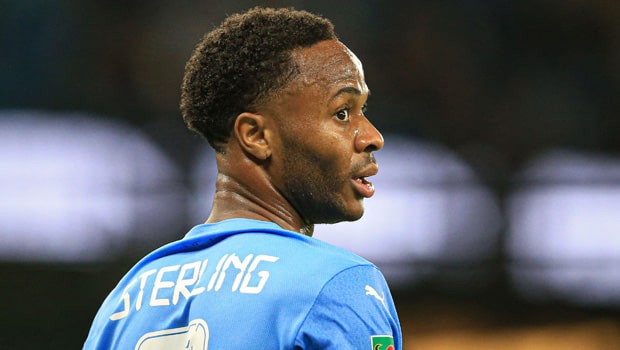 Manchester City forward, Raheem Sterling has revealed that signing a new contract extension will depend on assurance of playing time by Pep Guardiola.

The 26year-old has two years left on his contract at the Etihad stadium but having started just 4 of the team’s 11 games this season and getting sidelined at the end of last season, Sterling wants to be sure he is in Pep Guardiola’s plans.

Sterling’s desperation for more matches will impact on his decision to either stay or leave the club.

The forward has met with City boss Pep Guardiola and has expressed his readiness to deliver in any given role.

Meanwhile, La Liga club Barcelona are said to be monitoring the situation but Manchester City have revealed they are not ready to let him go, at least not in January.

Nevertheless, Manchester City will start discussions with Norwegian and Dortmund forward Erling Haaland in January ahead of a potential move for the forward in the summer.

Haaland has two more years on his Dortmund contract with a release clause of £64 million which can only be triggered in 2022.

City who tried to sign Spurs’ striker Harry Kane in the summer will now turn their attention to Haaland after playing without a recognized striker lately.

The English midfielder has slipped down the pecking order at Anfield but the Reds won’t let him leave without the proper price anyways.

Chamberlain has had to deal with injury problems at Liverpool and he believes it really had an impact on him.

“I’ve learned a lot over the years and obviously had the big knee injury that was my first sort of surgery, so that changes your perspective on everything.” Chamberlain said.

Chamberlain earns £125,000-a-week and has till 2023 to run on his contract but a deal could be reached as he seeks more playing time.