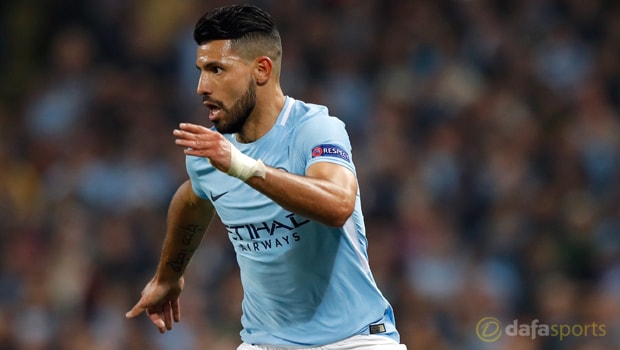 Manchester City have received a boost ahead of their Premier League clash with Stoke on Saturday as Sergio Aguero has declared himself ‘ready’ to feature.

The Argentina international has been sidelined since breaking a rib in a car crash in Amsterdam two weeks ago, with the initial prognosis suggesting he would be out of action for around a month.

However, the 29-year-old resumed light training earlier this week and he has now declared on social media that he is ‘ready’ to return to first-team action and he could feature at the Etihad Stadium this weekend.

Aguero’s potential return is sure to be a huge boost to a City side that are currently top of the Premier League standings after winning six of their opening seven league games, but the forward himself does not know if he will be risked against the Potters.

“I still do not know if I am going to play on Saturday,” Aguero told TyC Sports. “I trained normally, but without the group.”

The former Atletico Madrid ace has also defended the factors surrounding his injury, after the problem was sustained while he attended a music concert in Amsterdam just days before the Citizens’ league clash with Chelsea at Stamford Bridge.

Aguero added: “When a player has a free day at Manchester City, most of the players go to London, others to Italy, some to Spain.

“I was lucky that I know the agent of Maluma [a Colombian singer], he invited me and I went.

I had almost two days off and going to the airport was when I had that accident.

“Then one thinks ‘why did I [go]?’, but it’s difficult to imagine that something like that could happen.”