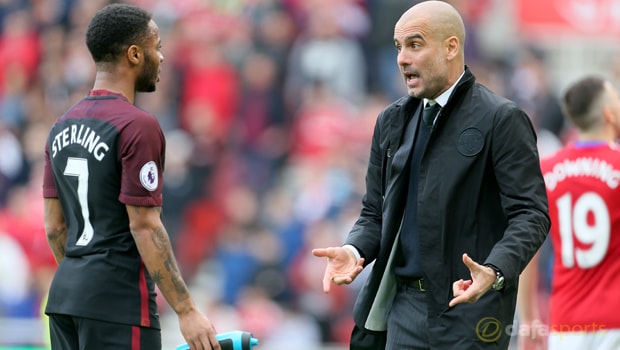 Raheem Sterling says it is imperative Manchester City mount a strong challenge for Premier League glory this season whilst also competing for silverware in other competitions.

City appointed Pep Guardiola as manager last summer and many thought the arrival of the former Bayern Munich and Barcelona boss would help the Citizens lift the league title for the first time since 2014.

However, despite the Spanish tactician winning his first 10 games in charge across all competitions, the blue side of Manchester finished the campaign with no trophies.

To make matters worse, city rivals United managed to clinched the League Cup before triumphing in the Europa League final, securing a place in the 2017/18 Champions League group stage.

Guardiola has been busy in the current transfer market, having signed Benfica goalkeeper Ederson for £34.7m, Monaco midfielder Bernardo Silva for £43m and most recently Tottenham right-back Kyle Walker for £50m.

“We need to be winning trophies; we need to be getting that Premier League title back,” he said.

“For me, that’s the most important thing for next year to be the best team in England and we’ve already made some fantastic signings this summer that will only strengthen an already strong squad.”

City, who are 2.88 favourites to win the title this season, open their league account with an away trip to newly-promoted Brighton and Hove Albion.