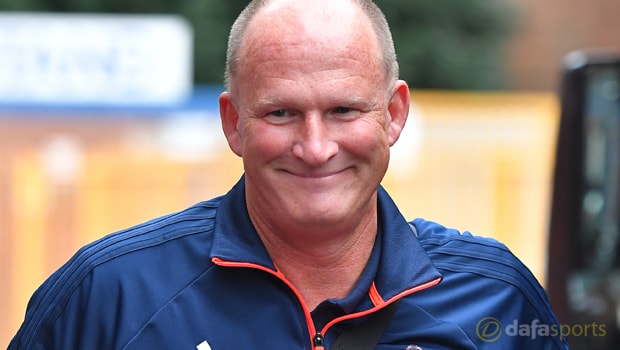 Recently-appointed Sunderland manager Simon Grayson says his players need to change their style of football if they are going to compete in the Championship this season.

After five years of battling against the drop, Sunderland suffered a long, overdue relegation from the Premier League last season after finishing bottom of the table, winning just six of their 38 matches.

Scottish tactician David Moyes decided to resign as manager after just one year at the helm whilst England international Jermain Defoe left on a free to Bournemouth after activating a clause in his contract.

Grayson was eventually handed the reins at the Stadium of Light following a length managerial search and the former Preston boss has been quick to delve into the transfer market.

Forwad James Vaughan and winger Aiden McGeady have signed permanent deals whilst Tyias Browning and Brendan Galloway have both joined on loan for the season from Everton.

Sunderland endured a disappointing 3-0 defeat to St Johnstone in a friendly last Saturday and Grayson admits the current squad need to ditch the Premier League philosophy and adopt a championship approach.

“I’ve been talking about this for the last two weeks, it is completely different to the Premiership, they have to get that into themselves very quickly,” he said.

“They can’t play tippy-tappy football all the time, because the opposition will be all over you.

“Play in the right areas, play further forward, too often we were just playing across the back, go and work the opposition, make sure people are seeing it in the final third, expressing themselves, but you have to have people prepared to run up and down as well.”

The Black Cats are priced at 15.00, the same as Hull City, to win the Championship whilst Aston Villa are the 8.00 favourites, just ahead of Middlesbrough at 8.50.