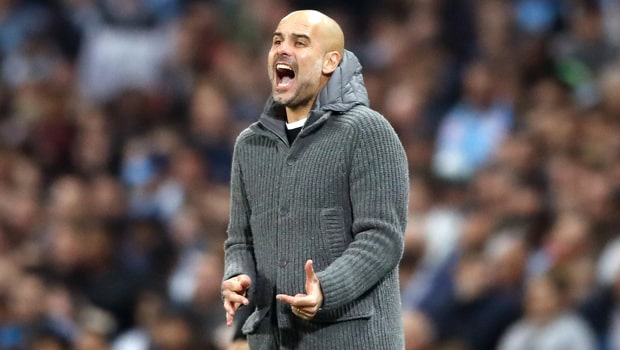 Pep Guardiola has called on the Manchester City fans to be the twelfth man and help the quadruple-chasing Citizens through to the Champions League semi-finals, where they would meet Ajax.

City are 1.33 to win and can see their path through to the final at the Wanda Metropolitano Stadium clearing after Juventus were surprisingly ousted by the Dutch side on Tuesday – less than a month after Ajax had knocked out the holders Real Madrid.

Guardiola knows his side must first overturn a first-leg deficit to Tottenham Hotspur, who are 9.50 to win and hold a 1-0 aggregate lead coming to the Etihad Stadium.

“We need it,” said the Spaniard about the supporters’ backing. “Do it for the guys – the last 20 months, they are so proud with what they have done but they are human beings. They will have bad moments in the games and at that moment we need our supporters.

“At this stage, without supporters, we cannot go through. I’m expecting. I’m really curious to see how our fans are going to react tomorrow, really curious.”

City could welcome back midfielder Fernandinho after the influential Brazilian was forced to miss Sunday’s win over Crystal Palace with a muscle problem.

Sergio Aguero, who missed a penalty in the first leg last week, was withdrawn late on at Palace as a precaution and will be fit enough to take his place in Guardiola’s line-up. Oleksandr Zinchenko remains a doubt after picking up a hamstring injury so Benjamin Mendy could continue at left-back.

Spurs could be left to rue the loss of Harry Kane, who picked up an ankle injury in the first leg, and Dele Alli is also a doubtful starter.

Alli, who suffered a broken hand in the same game, has travelled with the squad and trained on Tuesday wearing a cast. Harry Winks is also not fit, having picked up a groin injury in training last week.