Pep Guardiola: Title in our hands 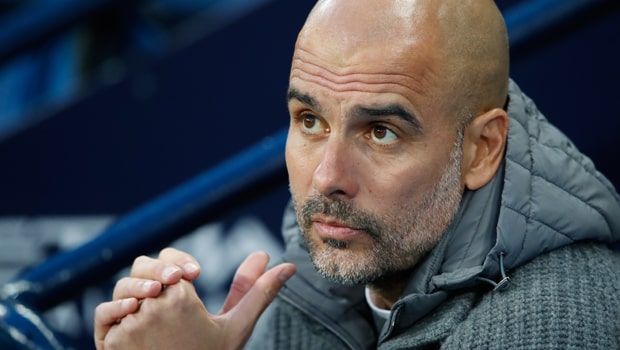 The City boss insists he has no reason to doubt they have the mentality to win their five remaining games and hold off challengers Liverpool.

City overcame Crystal Palace on Sunday with a 3-1 win that sent them top, though Liverpool reclaimed top billing when they beat Chelsea 2-0 at Anfield.

The Reds are two points clear but have played a game more than the champions. Guardiola is backing his squad to keep winning, but he admits they are not ‘invincible’.

He said: “We played December, January, February, every three days, why should we not trust these guys to do it again? “Of course, we can lose, we are not invincible. We have weaknesses.

“We have done two seasons, 183 points, with five games left, two seasons, why should I doubt what these players have done? “I never doubt my players.”

Man City face Tottenham and Manchester United in four days next week in what could prove to be the defining twists in a fascinating title race.