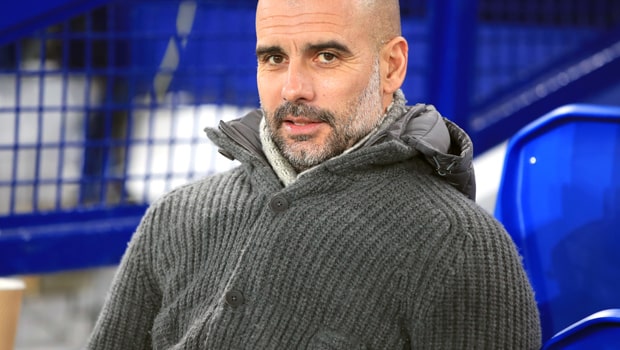 Pep Guardiola insists the Premier League title race can still include more than just Manchester City and Liverpool, with neighbours Manchester United coming in for praise.

Champions City will leapfrog Liverpool – on goal difference – if they win at Everton on Wednesday evening, although Jurgen Klopp’s team will then have a game in hand.

The Reds have slipped to back-to-back 1-1 draws with Leicester and West Ham – despite leading in both games – and have seemingly handed momentum to City.

After their defeat at Newcastle a week ago, Guardiola says the press were ready to write City’s obituary, but now the mood has changed.

“Three or four days ago we were already done, the champions were Liverpool,” Guardiola told reporters on Tuesday. “Now we can be leading. “We try to be calm.

There will be surprises and it will be tough for teams to win every game. Non-contenders have ability to create problems.

“What I’m more concerned about is never to forget who we are as a team, doing what we have to do. That’s what I want to watch, and after we see about the results, the table.”

Spurs are just two points adrift of City in third spot despite their injury problems, while Ole Gunnar Solskjaer has gained seven wins and a draw in the league since taking over at United. Guardiola does not see the title race as a duel with Liverpool.

“I never said Tottenham are not there. United making this run every single week and they will be there.”

City are now favourites to retain the title at 1.80, while Liverpool have drifted to 2.10 after their recent struggles and Tottenham 17.00. Despite Guardiola’s words, Manchester United are 251.00 to win the Premier League.