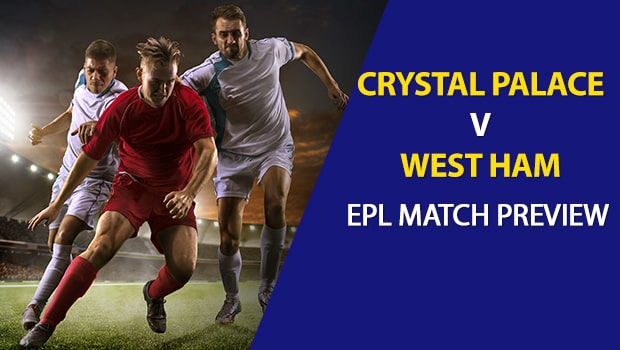 Crystal Palace and West Ham go head-to-head this weekend at Selhurst Park. Palace is coming off a 2-0 win over Fulham while West Ham enters the match following a 1-1 tie with Liverpool.

Draw: There’s a 28.5 percent chance the match ends in a draw. There’s a draw in 28.6 percent of AccuScore sims, suggesting no real added side value on the draw.

Referee Announced: Craig Pawson has been designated lead official for this match. He actually refereed two games in December 2018 involving these sides. He was a part of Crystal Palace’s 1-0 loss vs Chelsea on Dec. 30, 2018, as well as the 2-1 win West Ham had over Southampton on Dec. 27, 2018.

Head to Head: West Ham recorded a 3-2 win over Crystal palace back in Dec. 2018 in Premier League action. The last time West Ham lost to Crystal Palace in league play was back in Feb. 2015.