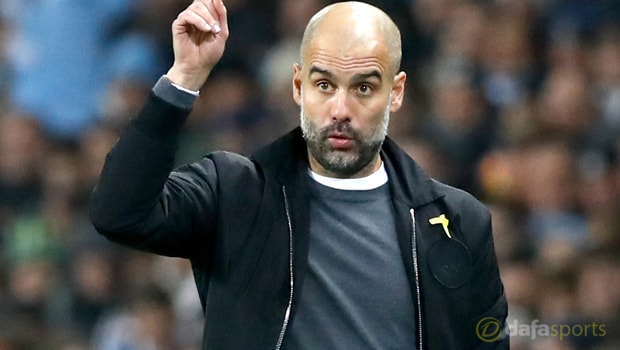 Pep Guardiola is confident that his Manchester City squad are capable of playing with intensity as they look to extend their record breaking run against Newcastle on Wednesday.

The Citizens have been the standout team in the Premier League this term and they look likely to be runaway winners.

City, who are priced at 4.50 to win the FA Cup, opened up a 13 point lead over second-placed Manchester United on Saturday as they beat Bournemouth 4-0, while United were held to a 2-2 draw by Leicester.

Wednesday’s meeting with Newcastle marks the start of a busy schedule for City, which will see them play five times in 14 days, and some have suggested that their high intensity style could see them suffer from fatigue.

Guardiola has played down those claims and insists his men will continue to roll out the performances when they face Newcastle, Crystal Palace, Watford, Burnley and Bristol City.

“I said many times, even last season, we run a lot.

As a manager I am good on that. I am able to let them run with high intensity,” Guardiola said.

“The quality of players I had in Barcelona, in Bayern (Munich) and now here, make the difference.

“We are able as a staff to convince them how good it is.

Going forward, be aggressive without the ball because after that we are quick taking decisions with the ball.

“There is no reason to say we are not able to do that in the future.”