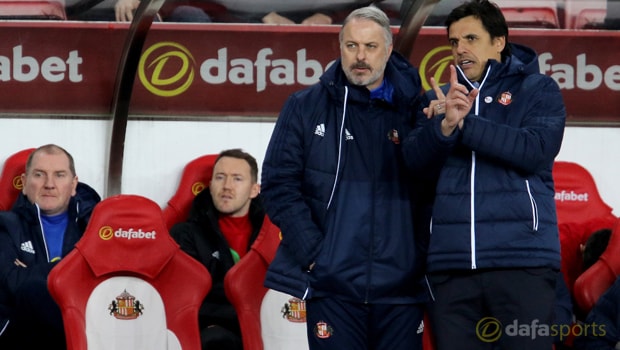 Coleman has steadied the ship since taking charge of Sunderland on in November following the dismissal of Simon Grayson after a terrible run of results.

The Welshman saw Sunderland lose in his first game at the helm but he has since guided them to two victories and two draws from the following five matches, while they have kept three clean sheets during that run too.

Sunderland were held to a frustrating draw in their most recent outing against 10-man Birmingham on Saturday and they will be looking to get back to winning ways on Boxing Day when they travel to Sheffield United.

Coleman was able to name a strong bench for the first time since taking over against the Blues and O’Shea feels the whole squad will have an important role to play over the busy festive period.

O’Shea expects that Coleman will have plenty of tough decisions to make with the likes of Aiden McGeady, Callum McManaman and Bryan Oviedo all back in the mix.

“We know we are going to need everybody over the next few games, the way the fixtures fall,” O’Shea said.

“We showed against Birmingham City the quality we have on the bench, with Aiden and Callum not getting on.

“I’m sure they will be itching to get on the pitch and show their quality, they are showing it in training.

“Everyone has to make sure they are giving the manager a difficult decision when it comes to picking the team.

“We have other bodies close to getting back to and there will be difficult decisions for the manager to make.

“That is what managers want, to have the squad competing and when we do that we always get better results.”

Sunderland, who are priced at 2.60 to be relegated, currently sit in the bottom three but could climb out of the relegation zone if they claim all three points at Bramall Lane.