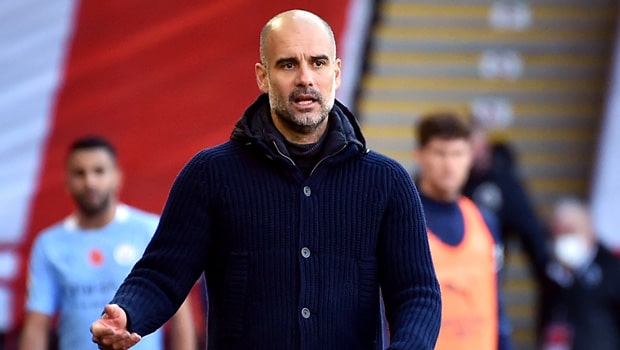 Manchester City manager Pep Guardiola has put pen to paper for a new contract with the Citizens.

Guardiola signed a contract that will see him at the Etihad stadium till 2023, having been offered a new two-year contract.

The Spaniard appreciated the club’s support, which he says is the reason for the achievements he has had so far.

“We have achieved a great deal together, scored goals, won games and trophies, and we are all very proud of that success.Having that kind of support is the best thing any manager can have.” Guardiola told City’s website.

Guardiola is in his fifth year at the club, and the deal makes Manchester City the club he has given the longest commitment to since his managerial debut in 2008. His previous deal will be due at the end of the current season.

Les McDowall holds that record taking charge of 592 games from 1950 to 1963 while Joe Mercer is second.

Manchester City will return to English Premier League action this weekend against Tottenham Hotspur at the White Hart Lane Stadium on Saturday, November 21.

Manchester City sits 10th on the log with 12 points from 7 matches played so far. The Citizens will also travel to Greece to face Olympiacos in the UEFA Champions League on November 25.

Pep Guardiola side’s last game before the international break was against Liverpool at the Etihad stadium, and it ended in a 1-1 draw.