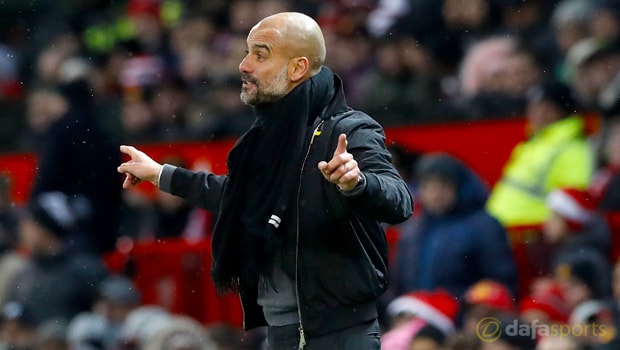 Manager Pep Guardiola says Manchester City will look to recover quickly and put in another winning performance at home to Tottenham Hotspur on Saturday.

City racked up a record-breaking 15th successive Premier League victory on Wednesday night with a thumping 4-0 victory over bottom-club Swansea City at the Liberty Stadium.

Kevin De Bruyne and Sergio Aguero were both on the scoresheet whilst Spain international David Silva grabbed a brace, picking up the man-of-the-match award for his brilliant performance.

The Citizens remain unbeaten in England’s top-flight this season, winning 16 and drawing one of their 17 matches, and they are still 11 points ahead of rival Manchester United in second.

Next up for the league leaders is a clash against Spurs at the Etihad Stadium and the visitors’ form has improved in recent weeks, winning their last three matches across all competitions.

Guardiola is under illusions as to how difficult the contest will be but he is confident his players will be able to maintain their high level of performance and pick up another three points.

“Tottenham, with Chelsea, is the best team in the way to play football,” he said.

“They don’t expect the other ones, they want to make their own game. It is another amazing test for us.

“It is every three days, after Tottenham it is Leicester in the Carabao Cup, so there is not too much time to recover.

But we are ready to face them and try to keep that level we have shown in the last period.”

City are firm 1.57 favourites to win on home soil, a draw is priced at 4.50 whilst Mauricio Pochettino’s men are 5.50 outsiders.