Pep Guardiola: Hoffenheim ‘one of my happiest days’ at City 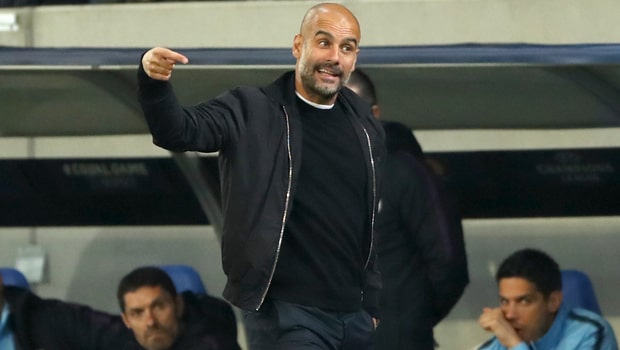 Manchester City manager Pep Guardiola suggested defeating Hoffenheim 2-1 in their Champions League clash in Germany on Tuesday was one of his “happiest days” so far at the club.

The Premier League champions went into the game under some pressure, having lost their Group F opener at home to Lyon two weeks ago.

Guardiola suggested before the game that Man City were now facing “five finals” in their bid to make the knockout stages.

Hoffenheim went ahead after 44 seconds as Ishak Belfodil swept home, before Sergio Aguero got City level on eight minutes.

The Citizens had to wait until three minutes from the end before David Silva snatched the victory after a mistake from defender Stefan Posch.

Guardiola hopes the difficult nature of the first two games in European competition this season will prove a long-term benefit to his side, especially in the Champions League.

“After one minute we conceded and it’s not easy, but after that we fought, as always, as a team,” he said.

“The previous two seasons were not simple, but we qualified with games left and this time it’s not going to happen.

“Maybe for the future it’s going to be good to live these kind of situations. You cannot go through to quarters, semis, without living these situations.

That’s why [this] is one of the happiest days I’ve had in this club because it’s going to help us.”

Manchester City are 5.25 favourites to win the Champions League this season, while reigning champions Real Madrid are now out to 9.50 following a shock 1-0 loss against CSKA Moscow on Tuesday.