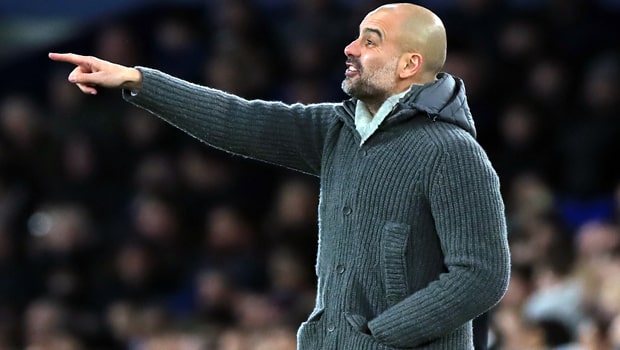 Pep Guardiola has praised Manchester City’s never say die attitude after defeating Everton 1-0 to climb to the top of the Premier League table.

The Citizens lost ground on title rivals Liverpool during the Festive period after falling to successive defeats at the hands of Crystal Palace and Leicester.

They trailed Liverpool by 10 points on December 29 but Wednesday’s result at Goodison Park saw them move ahead of the Reds to the Premier League summit.

Liverpool do have a game in hand but Guardiola is delighted to be at the top looking down rather than still trying to make up ground.

Guardiola told Sky Sports: “It’s good, sleeping being top of the table, it’s much better, but Liverpool have one game extra at Old Trafford.

“It’s a lesson not to give up. Many things are going to happen.” Despite their impressive run of form, Guardiola is not getting too carried away as they still have plenty of big games on the horizon.

He added: “I don’t think too much about it really. We have an incredible test next Sunday [against Chelsea], the cup and Champions League start again, so I don’t think much about being first or second.”

City can be backed at 1.50 to continue their winning form when they host Chelsea, who are priced at 6.50 to take all three points on Sunday, while the draw is available at 4.33.