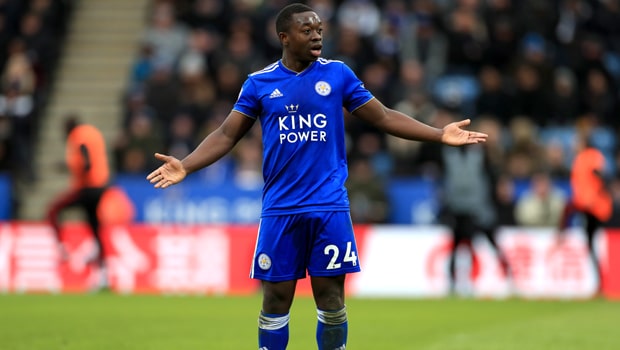 Nampalys Mendy wants to improve his game in the final third and hopes his exploits can aid Leicester in their pursuit of seventh place.

The midfielder struggled to tie down a regular spot with Leicester after joining from Nice in the summer of 2016.

Leicester parted with £13million, which was a club record fee, and handed over a five-year deal but he was restricted to just four Premier League appearances in 2016-17 after sustaining a serious ankle injury.

After falling down the pecking order he was loaned back to Nice in 2017-18 before returning to force his way back into contention this term under Claude Puel.

He may have made 23 Premier League appearances this season but his place is under pressure once again following the January arrival of Youri Tielemans on-loan from Monaco.

The 26-year-old has proven he is more than capable of protecting the back four, however, he has lacked creativity in the final third.

Mendy accepts that he must improve that side of his game and hopes it will subsequently help the Foxes to climb up the table.

“I know that I can improve offensively, with more goals and assists,” Mendy told French newspaper L’Equipe.

“I have to get myself further forward. “And as a collective, we must aim for seventh place, which is the most accessible.”

Leicester can be backed at 5.25 to win their next Premier League outing when they travel to Spurs, who are priced at 1.70 to claim all three points on Sunday, while the draw is available at 3.80.