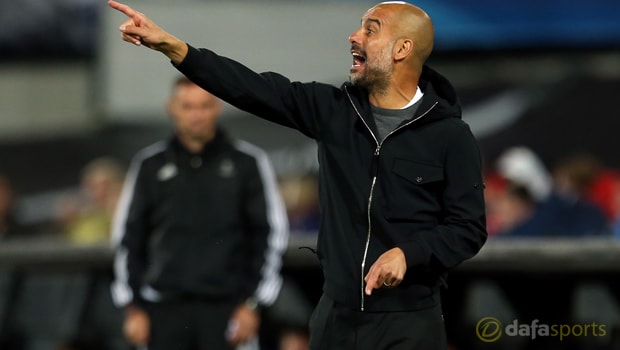 Pep Guardiola believes Manchester City have set themselves an important benchmark with Wednesday’s 4-0 win at Feyenoord.

A John Stones brace and further strikes from Sergio Aguero and Gabriel Jesus saw City cruise to victory in Rotterdam, in the process claiming their first away victory in the Champions League group stages since Guardiola took charge.

Perhaps most impressive for the Citizens was the intensity of their play, expertly limiting the space available to the Dutch champions and the approach paid dividends.

With Shakhtar Donetsk beating Napoli in Wednesday’s other match in Group F, City appear in pole position to top the pool, with them currently the 1.25 favourites to qualify first.

Saturday sees them return their focus to domestic matters when they travel to Watford in the Premier League.

The boss was full of praise for his troops following what he described as an “important” win on Wednesday, admitting the intensity they showed was exactly what he wanted to see.

“It’s so important to win the first game and though nothing is achieved yet, it’s a great start for us this evening,” Guardiola told the club’s website.

“Last season we weren’t able to win any games away in the Champions League and we spoke about that among the squad.

“It’s important for us to see if we can go away from home with the same mentality we have at the Etihad.

The same high press, attacking philosophy and not conceding on the counter-attack, so I’m very pleased tonight.”