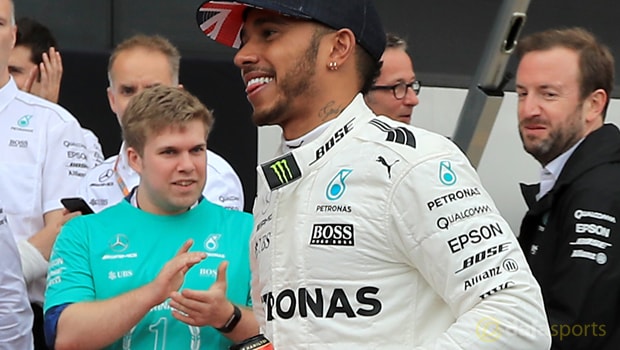 Lewis Hamilton admits Mercedes will be up against it during this weekend’s Singapore Grand Prix but he remains confident he can challenge for race glory.

The Briton moved to the top of the Drivers’ Championship standings for the first time this season after winning the Italian Grand Prix earlier this month and he will be looking to secure a third successive race triumph this weekend.

However, the 32-year-old knows the Marina Bay Street Circuit does not play to Mercedes’ strengths, although he is confident he can still be in the mix for race glory alongside the cars of Ferrari and Red Bull.

“Maybe we don’t have the best package for this weekend, but we still have a great car.

We can still be in the mix,” Hamilton said. “We can still do potentially better strategies. Maybe on a single lap we will have a better scenario and that is so important here.”

Hamilton, who has won twice at Marina Bay, most recently in 2014, believes time on the track is going to be crucial this week, as every detail is likely to count.

He added: “But it is a very challenging circuit here, getting the set-up right, getting the timing right, understanding the tyres. So time on track is going to be very important.”

The three-time world champion is priced at 2.70 to win Sunday’s race, while Ferrari’s Sebastian Vettel, who is just three points behind Hamilton in the Drivers’ Championship standings, is available at 2.30.