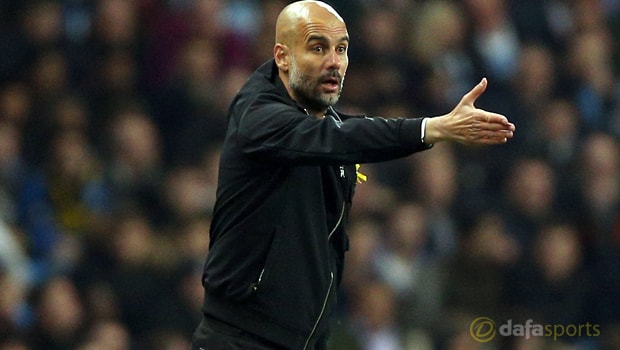 Manchester City boss Pep Guardiola acknowledges his side will have to play the ‘perfect game’ if they are to overturn their first-leg deficit and knock Liverpool out of the Champions League.

The Citizens will head into Tuesday’s contest at the Etihad Stadium having lost last week’s reverse match at Anfield 3-0 and they now have it all to do if they are to reach the semi-finals of Europe’s premier club competition at the expense of their English rivals.

Guardiola knows his side face an uphill task if they are to progress, but he is not ruling out that possibility, as long as they play a ‘perfect game’.

“To go through we have to have the perfect game. Create a lot of chances and be clinical when you create those chances.

“All the conditions have to be almost perfect for us to go through because the first result was tough. We have 90 minutes and we know anything can happen.”

If Liverpool were to score during Tuesday’s clash then City would need five goals without reply to qualify for the semi-finals and Guardiola admits the last thing his team can afford to do is concede the first goal.

He added: “Of course we have to score the first one and then the second, we’ll see. The momentum when we are in the Champions League, we have to try to make it last longer.”

City have already beaten Liverpool 5-0 on home soil this season, achieving that feat in the Premier League last September, although they have lost their last two matches on their own patch against Basel and Manchester United respectively.

Guardiola’s side are priced at 1.44 to win Tuesday’s second-leg, while Liverpool are available at 6.00 and the draw is on offer at 4.75.