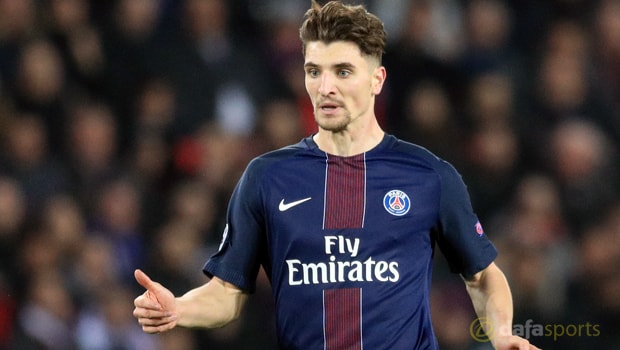 Thomas Meunier has hinted he could leave Paris Saint-Germain this summer in order to gain regular first-team football.

The Belgium international moved to the Parc des Princes following a successful Euro 2016 campaign with his country and he was a regular feature for Unai Emery’s team during his first season at the club.

However, following the arrival of Dani Alves last summer, Meunier has found his first-team opportunities more restricted and although he does not ideally want to leave the French capital, he has now confirmed that he would be open to a move elsewhere.

Speaking to RTBF, he said: “I do not ask too much for now, what I want is to play football. If I have to go down a notch to be able to be on the pitch, I’ll do it.

“We will see how it goes, I have two more years in Paris, my goal is to stay in. I like it a lot, just like my family. The club did not contact me, it’s hard to predict.”

The 26-year-old has even revealed which clubs he would be interested in joining, with Valencia, Everton and Borussia Dortmund appearing to be high on his list, although it is the German club that is perhaps his preferred destination due to the way they have helped his Belgium international colleague Michy Batshuayi over recent months.

He added: “I could aim at a club like Everton, Valencia or Dortmund. Michy Batshuayi did really well going there, the fun is playing football, and that’s the only thing I miss right now.”

A strong showing at the upcoming World Cup could also influence where Meunier is playing his club football next season and Belgium are priced at 12.00 to go all the way and win the tournament this summer.