Cesar Azpilicueta: FA Cup will not save Chelsea’s season 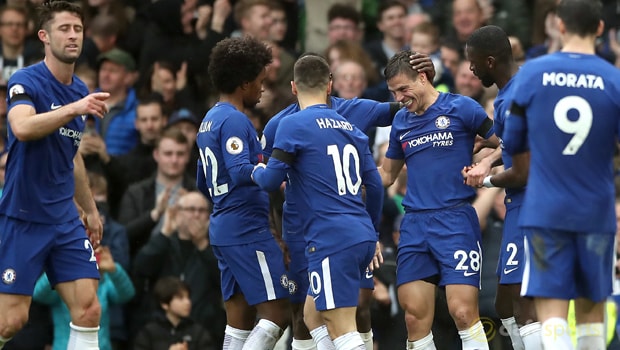 Cesar Azpilicueta feels that even if Chelsea were to win the FA Cup then it would still not be enough to save their season.

The Blues have produced a less than satisfactory defence of their Premier League title, as they currently sit fifth in the standings and their chances of finishing in the top-four appear to be all but over, as they are 10 points behind fourth-place Tottenham with just six top-flight games left to play.

Chelsea’s form has particularly dropped off during the second-half of the season, as they have only won three of their 11 league games since the turn of the year, while they have also been dumped out of both the Champions League and Carabao Cup during that time.

Antonio Conte’s side are still in the FA Cup and they will take on Southampton in the semi-finals of that competition on April 22, but Azpilicueta feels even if they were to go on and win that competition then it would not be enough to save their season.

“The FA Cup is a massive trophy, with a lot of ­history, but it’s not enough for us,” Azpilicueta told reporters.

“We will try to win it, but the cup will not save our season.”

Before the Wembley clash with Southampton, Chelsea, who are priced at 2.63 to win the FA Cup, will have to take on the same opposition as well as Burnley in the Premier League over the coming weeks.

Both those fixtures are away from home and the West Londoners have a poor recent record on their travels, as they have only won one of their last six league fixtures away from Stamford Bridge, losing the previous three.