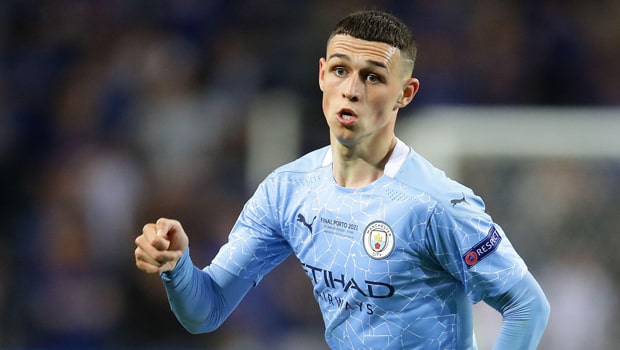 Manchester City will be without midfielder Phil Foden for their first set of matches in the 2021/2022 season after picking up a foot injury.

City is due to face Spurs, Newly promoted Norwich City, and Arsenal in their first set of games, and the 21-year-old is set to sit out of the three matches including England’s World Cup qualifier against Hungary in September.

The midfielder revealed that the situation is a difficult one since picking up the injury before the UEFA Euro final against Italy in July.

“It has been really difficult for me personally – I want to get back on the pitch as soon as possible, Picking up a foot injury just before the final, it was a strange one. I was just training and it happened. I just twisted my foot. It was unfortunate.” said Foden.

Pep Guardiola is expected to be without midfielder Kevin De Bruyne for the kick-off of the new season as the Belgian continues to nurse an injury.

Nevertheless, Foden believes the new season is going to be difficult as teams would aim to beat the champions who were losing finalists in the UEFA Champions League final last season.

The Cityzens have managed to bring in Jack Grealish from Aston Villa for a fee worth £100m. Pep Guardiola’s side is also linked with Tottenham’s Harry Kane.

Meanwhile, Phil Foden is set to discuss a contract extension with the club after tying John Stones to a new 5-year contract on Tuesday.

Stones signed a £250,000 per week 5-year deal after helping England reach the final of the Euro 2020 where Sterling was the highest goalscorer for the Three Lions.