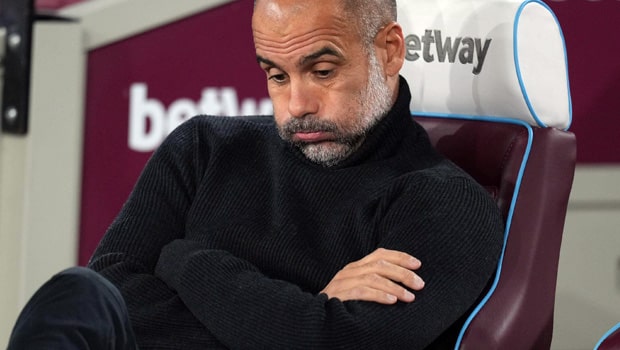 Manchester City have been knocked out of the Carabao Cup for the first time in five years after they were beaten 5-3 on penalties by West Ham.

Pep Guardiola’s side has won the last four editions of the competition but they failed to get past the hammers who scored all five of their penalties while Phil Foden’s missed kick was the difference maker.

Pep Guardiola will now target the UEFA Champions and Premier League and FA Cup treble for the rest of the season.

Similarly, Leicester City needed the luck of the spot kick to get past Brighton after a 2-2 draw in 90 minutes.

Harvey Barnes and Ademola Lookman gave the Foxes the goals in the first half while Adam Webster pulled one inbetween for the visitors before the break.

Enock Mwepu’s 72nd minute goal drew the game but he still went on to lose the deciding spot kicks alongside Neal Maupay as the Foxes progressed.

A 68th minute goal from Lucas was all that Tottenham needed while Takumi Minamino and Divock Origi were on target in a 2-0 win for Liverpool against a stubborn Preston.

Liverpool defender Nico Williams praised the efforts of the lower league side while also revealing that Liverpool didn’t do enough in the game.

“Preston are a good side, they gave us a good game. We didn’t play our best football but we did enough to get the win and we’re happy with that. The team put a shift in, we worked them.” Neco said.

Arsenal had gotten past Leeds United 2-0, Chelsea beat Aston Villa on penalties after a 1-1 draw while Sunderland also needed penalty against QPR after 90 minutes on Tuesday.