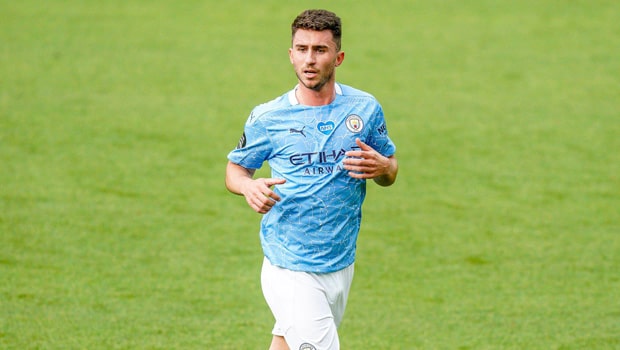 Aymeric Laporte scored a late header off Kevin De Bruyne’s free-kick with 8 minutes left on the clock in the Carabao Cup final on Sunday.

The Citizens were fighting for the quadruple before losing to Chelsea in the semi-final of the FA Cup last week.

Their chances of a treble was boosted during the week when Tottenham sacked Jose Mourinho as their manager.

29-Year-old Ryan Mason was hired as Spurs’ interim manager, and his side held Pep Guardiola’s men for over 80 minutes in a League Cup final that was watched by 8000 fans at the Wembley finals.

Both teams had 2000 seats each allocated for their respective fans.

Manchester City will continue their charge for the treble when they play French side Paris St Germain in the first leg of the semi-final of the UEFA Champions League at the midweek.

Meanwhile, they are also within touching distance of the English Premier League title, a feat that will make it the 30th trophy in Guardiola’s coaching career.

The title win was made closer by Manchester United’s goalless draw against Leeds United at the Elland Road on Sunday.

Meanwhile, Burnley took a big step to retaining their Premier League status after thrashing Wolves 4-0 at the Molineux Stadium.

Striker Chris Wood’s first-half hattrick set the Clarets up for their first win in four games. Sean Dyche’s men had lost their last three matches before the game.

Furthermore, Aston Villa and West Brom played an entertaining 2-2 draw at the Villa Park on Sunday.

Both sides scored a penalty each in the first half of the game as Villa took the lead in the 8th minute through El-chai before Pereira equalised from the spot 14 minutes later.

A Tyrone Mings’ own goal immediately after the restart gave West Brom the hopes of a valuable three points, but Aston villa levelled and snatched a point in the stoppage time through a goal from Keinan Davies.