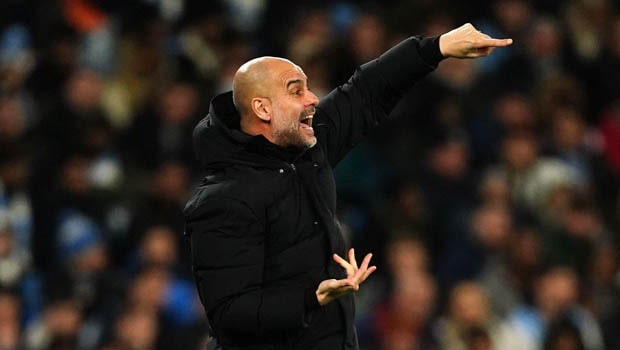 Manchester City were held to a 0-0 draw by Sporting Lisbon of Portugal on Wednesday evening, but the Citizens had done enough to secure a quarter-final qualification in the first leg.

Pep Guardiola’s side had won 5-0 in Lisbon Portugal a fortnight, and they didn’t break a sweat about further goals, although Raheem Sterling could have won the game for the team if he had shot better than he did.

Manchester City joins Real Madrid, Liverpool and Bayern Munich in the quarter-finals of the UEFA Champions League. While Bayern Munich and Liverpool secured their qualification on Tuesday evening, Real Madrid dramatically came back from a 2-0 aggregates deficit to win 3-2.

Manchester City skipper Fernandinho clocked 100 appearances in the UEFA Champions League and managed to win the player of the game.

However, he spoke about the need for Manchester City to always play good, especially after the win against rivals Manchester United at the weekend in the Premier League.

He also stated that everyone at the club wants to go in that direction. He also concluded that he wishes to play more Pep Guardiola’s side as they continue to seek the UEFA Champions League title after securing a quarter-final berth.

“It’s important to keep playing good, especially after we played against Manchester United. Everyone wants to keep going in that direction. We played the same way we always play. In the second half, we scored, but it was offside, and they had more chances. But that’s football, and sometimes you don’t get lucky. I am happy to play tonight, and I hope I can get more minutes.” Fernandinho said.