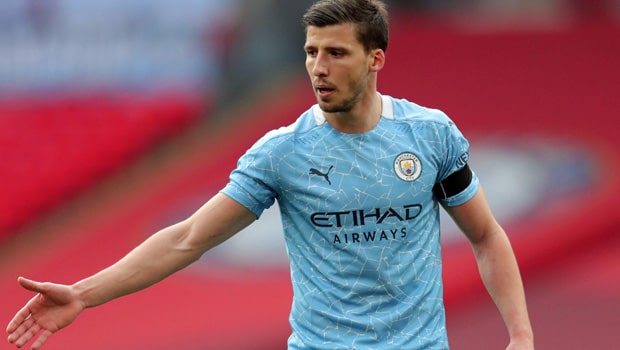 The Football Writers Association has named Portuguese and Manchester City defender Ruben Dias as the Men’s Player of the Year.

The 24-year old was referred to as a comfortable winner in a statement released by the football writers association.

The player, whp joined Manchester City from Benfica in the Portuguese league and signed on a six-year deal for about £65m by Pep Guardiola’s side last summer, said it was a huge privilege to win the award.

“It is a huge privilege. I could not have done it without the success of the team, I think me receiving this prize is a major example of how our team works, the way we build our game. It reflects all the togetherness we have on the pitch, how we perform, and the spirit that is in the team and with these players.” Dias said.

Dias has been instrumental for Manchester City in a season where they have been competitive in all four competitions and at a point in time got close to winning the quadruple.

However, Manchester City is still in contention to win the treble this season as they have won the Premier League, the Carabao cup and still have a UEFA Champions League final against fellow Premier League side Chelsea on May 29 in Portugal.

Dias won the award ahead of fellow Manchester City team-mate Kevin de Bruyne and Tottenham striker Harry Kane, who has revealed his interest in leaving the White Hart Lane Stadium at the end of the season and search of silverware success.

Manchester City and the Etihad Stadium have been touted as one of the destination places for the three lions striker.

Manchester City’s final game of the season is against Everton at the Etihad Stadium. Pep Guardiola’s side has overachieved this season. Although winning the Premier League this season was great, the club would be happier to win the UEFA Champions League this season.