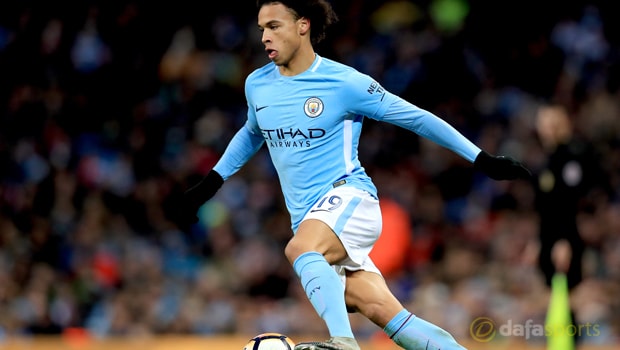 Manchester City midfielder Ilkay Gundogan has claimed team-mate Leroy Sane can continue to improve and is capable of anything.

His form has helped City move 15 points clear at the top of the table and he has become a key member of Pep Guardiola’s team.

He has also helped his side qualify for the knockout stages of the Champions League, the fourth round of the FA Cup and semi-finals of the Carabao Cup.

Both players are expected to shine at the World Cup for Germany and Gundogan insists Sane can continue to improve and produce on the world stage.

He told reporters: “He’s very good. I don’t think he’s at his best yet, which is a good thing.

How he’s been playing now is interesting, assists and scoring goals,.

“He’s really important for us, always doing the runs, so quick, so much pace. You can pass to him and be quite sure he’s going to reach the ball.

“If he’s focused on doing the simple things as perfectly as possible, everything is reachable for him.

“His first touch is always something he can improve. How he keeps the ball from the opponent, with his back to the opponent, showing stability, being strong in one-on-ones.

“In the last third, there’s so much potential in him. He has shown already he can score, assist, dribble – everything is there.”