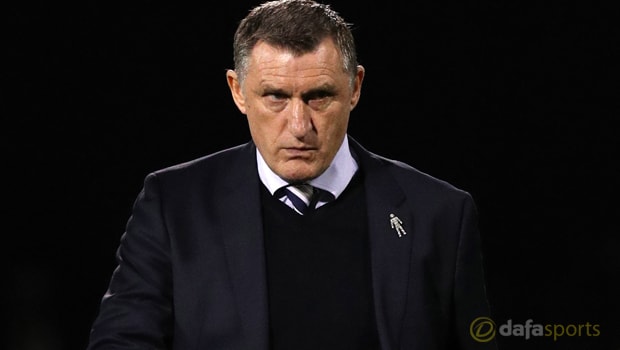 Tony Mowbray insists his Blackburn Rovers side should have ‘no fear’ ahead of Saturday’s big League One clash with Shrewsbury Town at Ewood Park.

Paul Hurst’s men are in possession of the second automatic promotion place, something Mowbray and Rovers are targeting this term.

Blackburn made a poor start to the season, leaving them playing catch-up in the race for promotion.

That is something they have done admirably, with Mowbray’s men now unbeaten in the league since October.

While Saturday’s game is a big one for both clubs, the Rovers boss is keen to avoid the notion that it will shape the season.

“I don’t think it’s season-defining. We want to win and it’s a challenge we’re looking forward to,” said Mowbray.

“We look forward to every game, but I’m pretty sure we won’t get carried away whether we win or lose.
We’ll just keep grinding away every week and try to get three points from every game.”

Shrewsbury have conceded just 15 goals in 25 League One outings this term so far, they have impressed the Blackburn boss but he is challenging his team to go and ask questions of the visitors.

“We want to try to play on the front foot and ask questions of them. We want to be really positive and see how we go,” added Mowbray.

“We’re mindful of their strengths, they’re obviously a good side, but we don’t fear anyone in this division.

“For us, we’ll just keep looking forward to the next game. For Shrewsbury, I don’t know how it will impact them – they look like a strong group from what I’ve seen.”