Posted by OLADIPUPO MOJEED on September 23, 2019 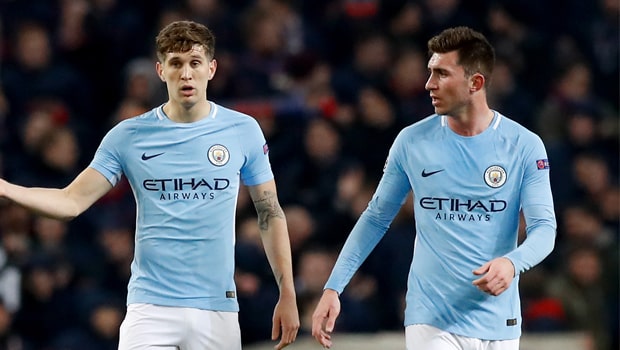 As part of the plan to attend to their defensive crisis, English Premier League club Manchester City are several options ahead of the January transfer window.

With Aymeric Laporte and John Stones on the sideline, the noisy neighbour will look into the transfer market for a defender.

Argentine centre back Nicolás Otamendi look to be out of form from his recent performance for Pep Guardiola, contributing to their first loss of the season at Norwich City.

Although they have recorded two emphatic wins after their outing at Norwich scoring eleven goals in two games (3-0 victory over Shakhtar Donetsk and 8-0 mauling of Watford), Guardiola will need some assurance at the backline instead of using makeshift defender Fernandinho there.

According to the report, the English Premier League champions are considering making for S.L. Benfica defender Rúben Dias.

It was gathered that the 23-year-old Portuguese international is on top of the Citizen’s three-man shortlist. 90min reports that City’s scouting team is talking high of the centre-back after an impressive performance during their scouting trips to the Estádio da Luz.

It could be recalled that who recently signed a new contract last year which commit him to the Portuguese giant was previously a target for Manchester United.

Also on City’s radar ahead of the winter transfer window is RB Leipzig defender Lukas Klostermann.

The 23-year-old defender has gained the attention of the German National team coach Joachim Löw having secured his starting place in the team.

Lukas Klostermann is a versatile defender but naturally a right-back. He has obviously convinced City’s scouting team with his versatility showing that he could also play through the middle.

With less than two years on his contract at the Red Bull Arena, City could land Klostermann in a cheaper deal, and the Bundesliga side has been wise enough by signing a potential replacement in Nordi Mukiele.

Although Guardiola is aiming to give some youngster football time, he is also making signings from across Europe to bolster City’s pool of homegrown talent.

This has made the scouting team to pen down Middlesbrough centre-back Dael Fry on their list, too.

With the financial muscle to force Middlesbrough into a sale in the January transfer window, and Fry’s contract expiring in less than two years’ time, it could be a matter of time before he joins the noisy neighbours.

The injury crisis has forced Guardiola to fast-track Eric García’s integration into the senior side this season, but Fernandinho is playing the role of a makeshift centre back.

With an eye on the winter transfer market, City’s recruitment team is yet to pick a concrete target from their initial three-man shortlist but securing the signature of one of the targets is likely.