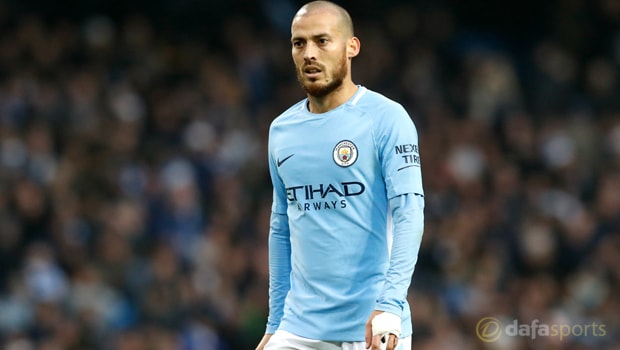 Manchester City boss Pep Guardiola insists he is not sure when David Silva will return to the first-team fold.

Spain international Silva has enjoyed a successful season with the Citizens, scoring five goals in his 18 Premier League appearances to date, although he has missed the last two matches due to personal reasons.

Guardiola has given nothing away regarding what those personal reasons may be, while he is also unsure how long the 31-year-old will be absent for, although he insists he will not rush him back until he is ready to return.

When he is ready, he will come back. But his personal life is always more important than any other situation.

“So, when he comes back it’s because he’s ready, welcome. That is what we have to do.”

City have moved 14 points clear of their nearest rivals at the top of the standings in Silva’s absence, although their 18-match winning run was brought to an end following Sunday’s goalless draw at Crystal Palace.

The Citizens are, however, still unbeaten in the top-flight this term and they will put that record on the line when they take on Watford at the Etihad Stadium on Tuesday.

Guardiola’s men are priced at 1.17 to secure all three points from that match, while the Hornets are available at 17.00 and the draw is on offer at 7.50.