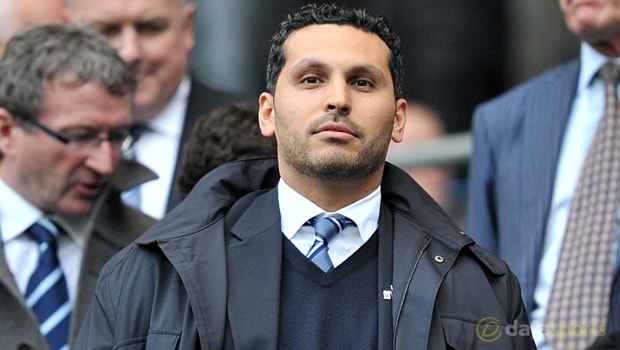 Manchester City chairman Khaldoon Al Mubarak has revealed manager Pep Guardiola has been set the lofty ambitions of winning the treble next season, despite failing to win a trophy this term.

Much was expected when Guardiola arrived at the Etihad Stadium last summer after his exploits at Barcelona and Bayern Munich – where he won 21 titles over a seven year period at both clubs.

However, the Premier League has proven tough going for the Spaniard and he ended up trophy-less this season for the first time in his managerial career, although he did lead the club to a third place finish in the Premier League.

Previous managers have been sacked by City for far less but the Citizens have not decided to wield the axe this time and instead are intent on splashing the cash on a summer squad overhaul.

Midfielder Bernardo Silva has already been snapped up from Monaco for a cool £43.5million and Brazilian goalkeeper Ederson is on the verge of completing a £34.7m move from Benfica.

Several other high-profile names have been linked with a switch to City and Al Mubarak has now confirmed the targets the club have set Guardiola for next season.

“The dream of doing the Treble, yes,” he told City in-house TV channel.

“I want to do the Treble, or else let’s go for the Quadruple! Why not? We should have that aspiration. I have it, no doubt.

“Sheikh Mansour drives me for it every day, but you look at the organisation, you see it in Pep’s eyes in everybody within our group.

Pep wants to win it all and that’s what I love most about him because that’s how I feel, we want to win it all.”

City are the 3.00 favourites to win the Premier League, narrowly ahead of Manchester United and defending champions Chelsea, who are both priced at 4.33.