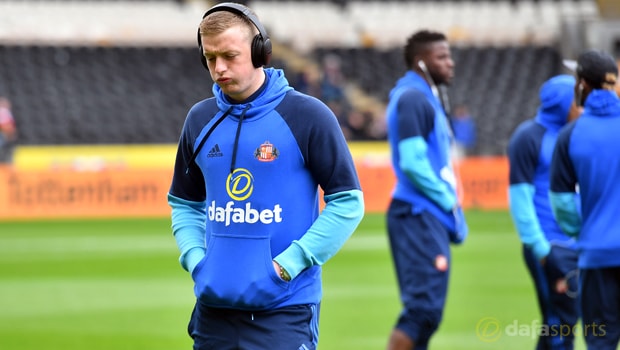 Everton manager Ronald Koeman is eager to sign Sunderland’s highly-rated goalkeeper Jordan Pickford as the Dutch tactician looks to build a squad capable of challenging for a Champions League place next season.

Koeman enjoyed a decent debut campaign in charge of Everton and the club ended up finishing seventh in the Premier League, earning a spot in the Europa League third qualifying round.

The Toffees produced some memorable performances, most notably the 4-0 thrashing of Manchester City, but they also succumbed to some disappointing defeats with the 5-0 loss against champions Chelsea sticking out.

Certain areas of the squad will need strengthening if the club are going to challenge for a top-four finish next season and the goalkeeping area appears to be one of those.

Spaniard Joel Robles and Dutchman Maarten Stekelenburg have been chopping and changing in between the sticks and neither keeper has received the full confidence of the manager or the fans.

Reports have now emerged claiming Everton have had an initial £8million bid rejected by Sunderland for England Under-21 international Pickford, who was a nominee for PFA Young Player of the Year.

The 23-year-old earned huge plaudits for his impressive performances this term and he made 29 Premier League appearances in what was a breakthrough year for him.

The Black Cats, who are still yet to appoint a new manager following the resignation of David Moyes, are believed to value the shot-stopper at around £15m and they are unwilling to entertain any offers below that amount despite their relegation to the Championship.

Everton, who are 10.00 to finish in the top-four next season and 81.00 to win the title, are expected to return with an improved bid as they look to get some early summer business completed.