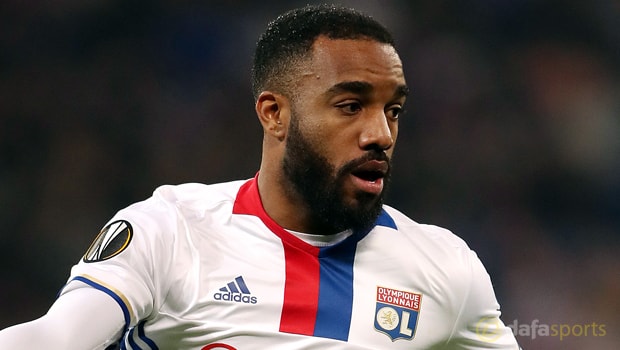 France international Alexandre Lacazette says he is yet to agree a permanent move away from Lyon and hinted he could decide to stay at the French club this summer.

Lacazette has come through the youth ranks at Lyon, making the step-up to the senior side in 2010, and he has been one of the most integral first team players for the past four years.

The 26-year-old striker has scored 91 Ligue 1 goals in the past four seasons and his impressive performances this term helped the club finish fourth in the table, securing a place in the Europa League group stage.

Interest in the Frenchman is said to be very high this summer and reports had suggested a move to Atletico Madrid was close to being completed.

However, the Spanish outfit are currently in the midst of a transfer ban and, if this ruling by UEFA is upheld, Lacazette would not be able to play for the club until January at the earliest.

The Lyon ace has now spoken about his future and he admits there are still a lot of things up in the air, leaving him with a big decision to make ahead of next season.

“It’s not sure that I leave the club where I came through the youth academy,” Lacazette said. “There’s nothing signed, nothing official.

Yes, I can leave, it doesn’t mean I’ll leave. “I’m at a crossroads. I’m not ruling out any option. I’m good in Lyon, but I could go elsewhere.”

Madrid’s situation could open the door for Arsenal, who have been long-term admirers of Lacazette, to make a move as doubts over Alexis Sanchez’s future at the Emirates continue to increase.