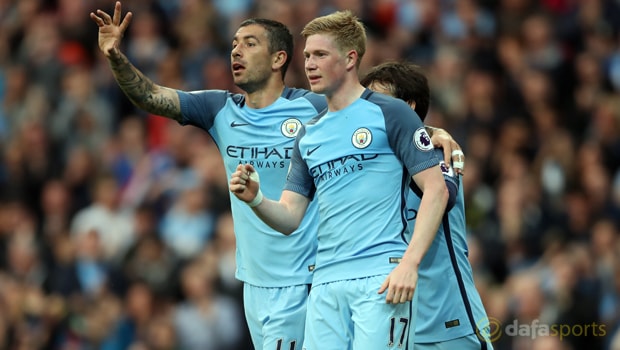 Kevin De Bruyne is confident Manchester City can mount a serious title challenge this season although the attacking midfielder knows it will not be easy due to the number of quality teams in the division.

City, who appointed Pep Guardiola last summer, made a fantastic start to life under the Spanish tactician when winning their first 10 matches across all competitions last term.

However, the Citizens endured some rough patches throughout the campaign and could only finish third in the Premier League, 15 points behind champions Chelsea, who are 4.33 to retain their crown.

Guardiola has been busy in the summer transfer window and the recent acquisition of Monaco left-back Benjamin Mendy for £49.2million has already taken their spending to over £200m.

City, who are 2.88 favourites to win the title, are not the only club to have spent big this summer.

Everton have spent over £100m to strengthen their squad while Arsenal have shelled out over £50m to acquire the services of Alexandre Lacazette from Lyon.

De Bruyne, who has been at the Etihad since 2015, is looking forward to the start of the new season and believes there are a number of teams that will be vying for the title.

Asked by Sky Sports what City’s ambitions are for the upcoming campaign, he said: “To do better than last season.

We tried to have a good season and we came up a little short. In the end, that is just the way it goes.

“But I think we are progressing as a team. Everybody came in sharp.

There are six or seven teams in England who want to do the same as us, so it is never easy, but in the end we will try to do our job.”