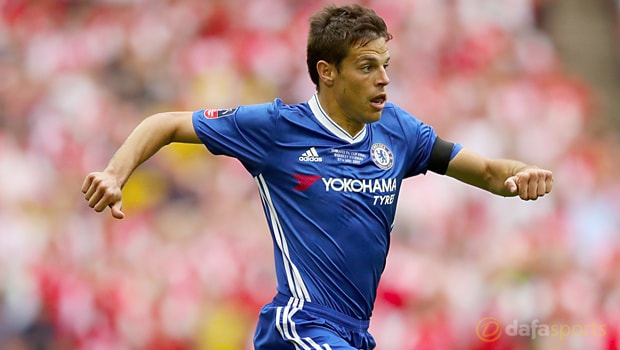 Cesar Azpilicueta says Chelsea will look to learn from their previous mistakes when attempting to successfully retain their Premier League crown this season.

The Blues romped to their fifth Premier League title last season, finishing seven points ahead of Tottenham Hotspur in second, and will be hoping to enjoy a better defence than two years ago.

Having lifted the top-flight trophy in the 2014-15 campaign, the Stamford Bridge-based outfit endured a miserable defence the following season and the poor performances cost then manager Jose Mourinho his job.

Italian tactician Antonio Conte, who arrived last summer, has reinvigorated the whole squad and Champions League success will be an aim for the club this term.

Chelsea have been busy in the summer window so far, having added forward Alvaro Morata, midfielder Tiemoue Bakayoko, defender Antonio Rudiger and goalkeeper Willy Caballero to their ranks.

Azpilicueta, who has been at the club since 2012 when arriving from Marseille, insists there will be no complacency in the squad this year.

“After being champions three years ago, we had a terrible season and we have to learn from this,” he said.

“We know after being champions of the Premier League, every team we are going to face, they want to win more than before so we know that it is going to be harder.

“That is what we are working on in pre-season, to get into the best shape as soon as possible and to fight for it because it is a big challenge.”

Chelsea open their league account with a home clash against Burnley and the hosts are 1.22 favourites to grab the win. The draw is priced at 7.00 and the Clarets are huge 10.00 outsiders.