Mike Tyson: ‘Dumb’ Conor McGregor will get knocked out 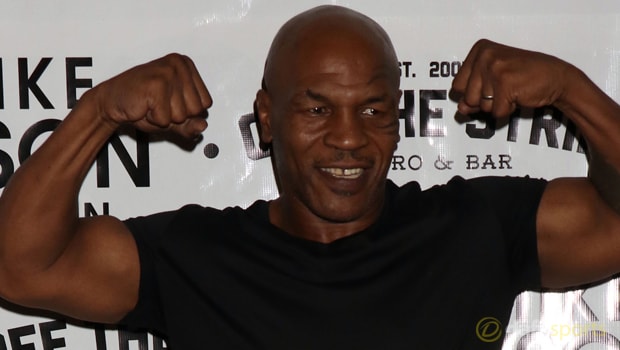 Former world heavyweight champion Mike Tyson says Conor McGregor is “gonna get knocked out” in the highly-anticipated bout against Floyd Mayweather on August 27.

The T-Mobile Arena in Las Vegas will be the venue for what is expected to be the richest fight in history as UFC star McGregor makes the switch to boxing to take on Mayweather.

Both competitors have been involved in a war of words in the recent press tour to promote the fight and the duo are now deep into their preparations ahead of the bout.

McGregor has recently received backing from ex-boxer Paulie Malignaggi with the American suggesting the mixed martial artist has a chance of causing a huge upset on the night.

However, Tyson is of a different opinion and is adamant Mayweather, who has come out of retirement to take the fight, will teach his UFC opponent a lesson to extend his unbeaten record to 50-0.

“McGregor’s gonna get killed,” he said, as quoted on BoxingScene. “I got mad because I thought they were gonna use MMA rules, against boxing.

Because that’s what it’s all about – can the boxer beat the MMA guy? “So McConor [sic] put his dumb ass in a position where he’s gonna get knocked out because [Mayweather] has been doing this all his life, since he was a little baby, and McConor can’t kick or grab or stuff.

He’s not gonna stand much of a chance.” Mayweather, who would be the most successful fighter in history with a win, is the firm 1.14 favourite to come out on top, a draw is priced at 29.00, while McGregor is a 5.50 chance to cause a huge upset.