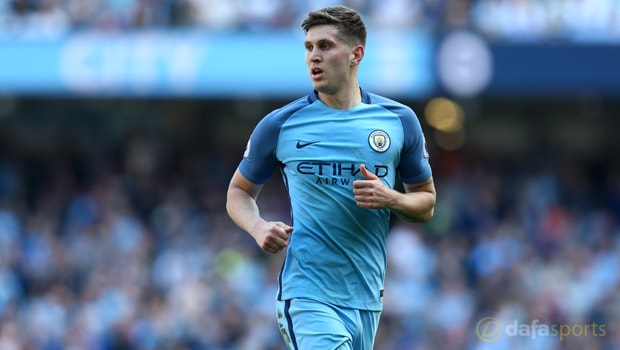 John Stones has conceded that his first season at Manchester City was a testing one, and one that hurt him at times, but he is now looking forward to winning trophies with the club.

Pep Guardiola has strengthened his backline significantly this summer, potentially alleviating some pressure on 23-year-old Stones as he did.

The England defender was signed from Everton last summer for £47.5m, a price tag that attached plenty pressure to the player in his first season. Mistakes were highlighted as Stones, and City, attempted to transition to Guardiola’s style of football.

Stones is now only the third-most expensive defender at City following the summer arrivals of Benjamin Mendy (£52m) and Kyle Walker (£50m).

Insisting there is nothing a player can do about the pressure that comes with a big transfer fee, Stones has vowed to learn from a first season that ‘hurt’ at times.

“People do focus on the transfer fee, but that’s football,” he told ESPN.

“It’s all part of the game, but I’m just focused on getting into the team, playing well and making sure that the team wins.

“If you are focused and driven as I am, I don’t think the outside influences should have an effect.

“I am not saying that it doesn’t, though. Every player has been there, or been through a bad patch.”

Club captain Vincent Kompany missed large chunks of last season with injury. Stones is looking forward to having the Belgian back alongside him.

He says he is learning all the time from Guardiola and that the arrival of fellow England defender Walker can only be a good thing for Manchester City and his own aspirations.

“Pep has given me a lot of confidence and tips and pointers, not only him, but the other players as well.

These are the guys that have won trophies and that’s what I’m aspiring to do,” Stones added. “It’s basically a building block from last season.

Walks has fit in well straightaway and, personally for me, it’s exciting to play with such top-class players.

“And as for Vinnie, to have to him back as the captain and the leader of the club is great for us.”

Manchester City are 2.88 to win the Premier League title next season.