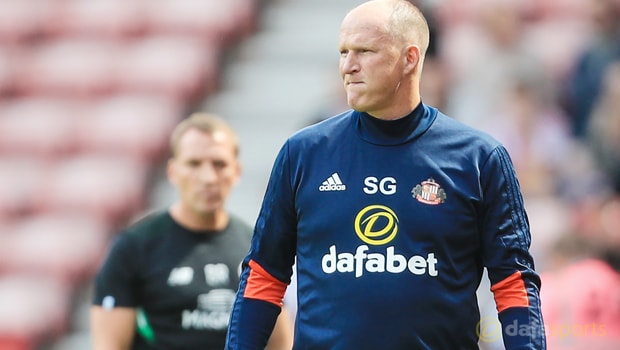 Sunderland manager Simon Grayson has admitted that his pre-game plans went ‘out the window’ as his side were torn apart by Celtic in 5-0 defeat at the Stadium of Light.

Callum McGregor fired an early brace while Jonny Hayes also netted for the Hoops in the opening half.

Things got little better for Sunderland after half time, McGregor completing his hat-trick from the penalty spot before Stuart Armstrong round off the rout.

With less than a week to go until Sunderland start their Championship campaign, Grayson says his players must take the defeat as a wake-up call.

Everything that was discussed and planned-for before the Celtic game went up in smoke, according to Grayson.

“We had a meeting a one o’clock and we gave the players a list of things we wanted them to do, to perform with the ball and without the ball,” he said.

“And what is required from the players and what it means to the supporters and this football club.

“We are standing here now with all those things having gone out of the window.

“The one positive thing is we haven’t lost three points but ultimately it is a reminder and a real kick up the backside to all, myself included, that there is a lot of work to be done both on and off the pitch.”

Sunderland start their Championship season at home to Derby County on Friday, a game they are 2.38 to win. The visitors are 3.25 while the draw is 3.20.