Gerard Pique: Neymar not sure what to do 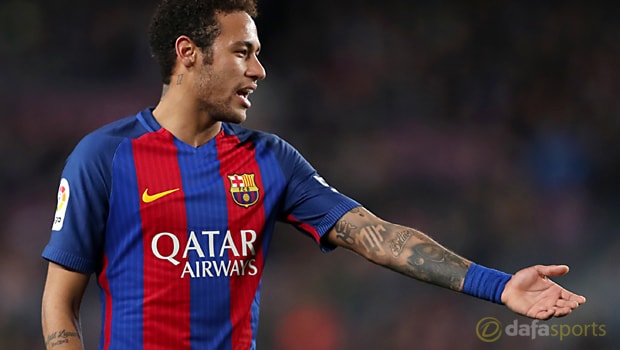 Gerard Pique feels his Barcelona teammate Neymar ‘doesn’t know what to do’ amid speculation linking him with a big-money move to Paris St-Germain.

The Ligue 1 club are said to be considering a bid to trigger the €222 release clause in Neymar’s contract with Barcelona.

The Brazilian forward would be paid around €30m a year plus bonuses if he was to move to the French capital.

Barcelona have denied that Neymar is for sale, but Pique is one of several teammates to have spoken out on the issue.

The central defender says he is doing what he can to ensure his friend will stay at the Nou Camp.

“Neymar and I we are very close and I want him to stay and I know the situation,” Pique said.

“Right now he doesn’t know what to do and we are trying to help him, the ones [on the team] that are more close to him to take the right decision.”

Neymar has formed a deadly triumvirate with Luis Suarez and Lionel Messi at Barcelona, something the club do not want to break up.

According to Pique, the 25-year-old could choose from any club in the world should he elect to move but only Neymar can decide what his career priorities are.

All the clubs will want him. It’s about your priorities. What do you want? Do you want more money? Do you want to win titles?

“So sometimes you have to take decisions in life and it’s all about priorities,” he added.

Barcelona are 6.00 to win the Champions League next season.