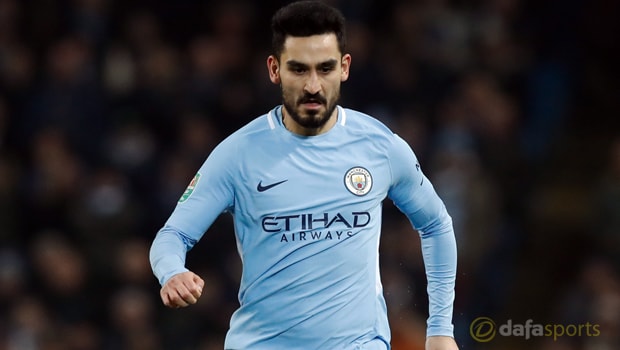 Ilkay Gundogan believes Manchester City are more than capable of winning the quadruple this season as long as they can maintain their impressive form during the rest of the campaign.

The Citizens have been a near unstoppable force during the first-half of the season, as they are currently 15 points clear at the top of the Premier League standings and they are yet to taste defeat in the top-flight this term.

City have also advanced through to the knockout stages of the Champions League and the fourth round of the FA Cup, while they will take on Championship outfit Bristol City in the first-leg of their Carabao Cup semi-final at the Etihad Stadium on Tuesday.

Despite being well placed to challenge for overall glory on all four fronts, boss Pep Guardiola has always played down City’s quadruple chances, but midfielder Gundogan is more optimistic about his side’s hopes of claiming a clean-sweep of titles this term.

“All competitions are very difficult, but we have chances [to win all four].

If we’re able to play as we did in the last five or six months, then our chances increase, so that’s our target.”

Gundogan has enjoyed a regular run in the Citizens line-up over recent weeks and he will be hoping to maintain his place against Bristol City on Tuesday.

The Citizens will be looking to secure a first-leg advantage against the Robins, but Gundogan knows they cannot underestimate the Championship side, particularly as they saw off Manchester United to advance through to the last four.

“But just the fact they beat United shows we need to take this game very seriously.”