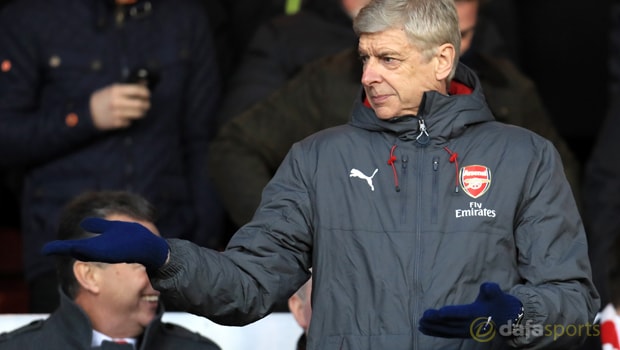 Arsene Wenger insists Arsenal must bounce back from their shock defeat to Nottingham Forest in the FA Cup by producing a positive showing during the first-leg of their Carabao Cup semi-final tie with Chelsea.

The Gunners will head into Wednesday’s match at Stamford Bridge on the back of their 4-2 humbling at the hands of Championship outfit Forest on Sunday, a result that ended their hopes of defending the FA Cup title they won last May.

Wenger received a lot of criticism for rotating his team against Forest, but the Frenchman insists it was necessary due to the injury problems within his squad.

“We paid the price of having many injured layers, some needed to be rested,” said Wenger.

“Five or six were injured, which is detrimental to rotation.”

The likes of Saed Kolasinac, Nacho Monreal and Olivier Giroud will once again miss out against Chelsea due to injury, although Laurent Koscielny and Aaron Ramsey could play some part.

Wenger knows whatever team he puts out to face the Blues, they must produce a better showing than they did against Forest, although he is aware it will be a completely different contest given it is a two-legged tie.

“We want to respond. It’s a different game, a semi-final, against a big team. Psychologically it will be different,” the 68-year-old said.

“Over 180 minutes it’s always different, you want to go there, be solid, take advantage of mistakes, but you know there’s another game after that.”

Arsenal are priced at 4.50 to secure an advantage from the first-leg, while Chelsea are available at 1.75 and the draw is on offer at 3.80.