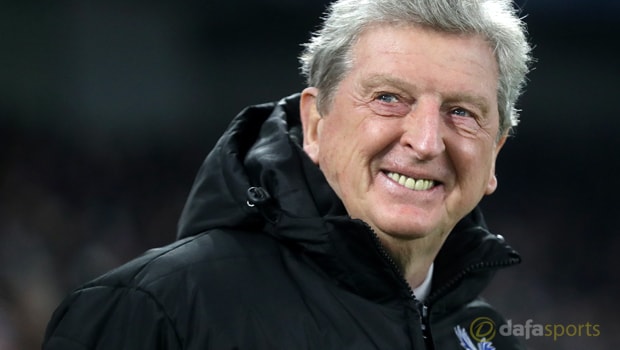 Roy Hodgson admits Crystal Palace are in the market for six or seven new players during the January transfer window.

The Eagles have soared since former England boss Hodgson took over as manager in September, as he has guided the club from the foot of the Premier League standings to the relative security of 14th place.

The 70-year-old is now hoping to add his own stamp to the Palace squad during this month’s transfer window, and he admits the need for new recruits has become greater due to the club’s growing injury list.

“We have been waiting for the January transfer window to fulfil our wishes and our thoughts in terms of strengthening our squad,” Hodgson said.

“That’s become even more vitally important with the number of injuries we suffered.

“You could argue that if we said we wanted three or four then really we should be looking at six or seven, because we have lost at least two players for the rest of this season, and probably the start of next season.”

Andros Townsend and Jeffrey Schlupp have become the latest Palace players on the treatment table after they both picked up knocks during Monday’s 2-1 defeat at Brighton in the FA Cup third round.

Scott Dann and Jason Puncheon have already been ruled out for the rest of the season, while the likes of Mamadou Sakho, Joel Ward and Ruben Loftus-Cheek also remain sidelined.

It remains to be seen whether Palace will have any new recruits in their ranks ahead of their Premier League clash with Burnley at Selhurst Park on Saturday.

The Eagles are priced at 2.05 to emerge from that contest with all three points, while the high-flying Clarets are available at 4.00 and the draw is on offer at 3.30.