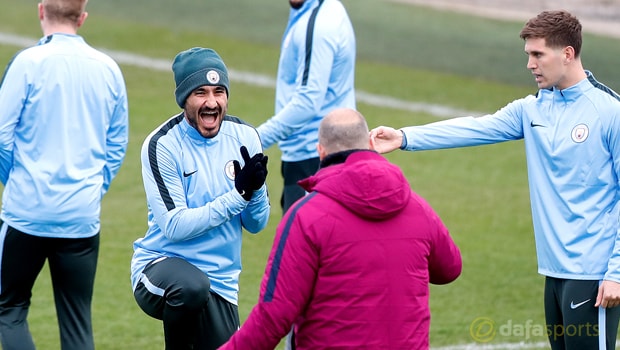 Manchester City midfielder Ilkay Gundogan says he is close to finding his best form at the club after a tough start at the Etihad Stadium.

The former Borussia Dortmund man was hampered by injuries following his arrival but is now starting to push for a regular first-team spot under boss Pep Guardiola.

Gundogan joined City in July 2016 but had to wait for his debut after he suffered a dislocated knee cap earlier that year.

He made 16 appearances during the 2016-17 season but then suffered a serious knee ligament injury.

However, he has made 38 appearances this season and is confident his injuries are now behind him.

City are 16 points clear at the top of the Premier League and they have already won the EFL Cup, with Gundogan excited for the future.

He told the club’s official website: “I just think about now, about being part of the team, about training well and playing well, about doing what the manager and the staff want me to transport into the team.

“I have my own impact and during the last months, I was still on my way to my best. Now, I feel nearly or already there, and I am having fun and I’m happy.

“It feels great. But this is just the beginning, I think. We are still on a road, a good way, I think, with the way we play, to come into that elite of clubs in Europe.

“I wouldn’t say we are there. We need to compete with teams like Real Madrid, Barcelona, Bayern Munich, Juventus – the biggest teams.”