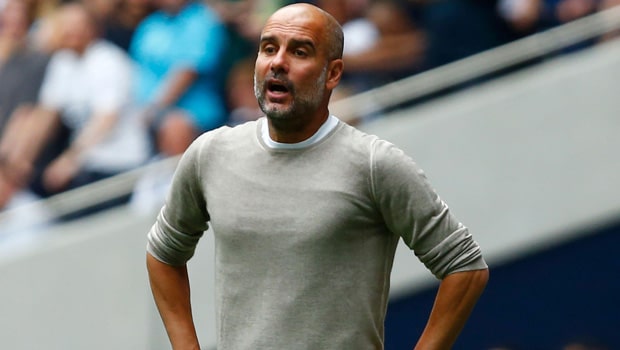 Manchester City manager Pep Guardiola has confirmed that his starting eleven will have youth players when the team lines out for their EFL Cup fixture against Wycombe Wanderers at the Etihad Stadium.

However, with a growing injury list, Pep Guardiola is forced to rethink his choice of players for the game.

“We are going to play a few young players, Some first-team players but some players must rest for the three games we have ahead of us. I don’t have another alternative. A few players from the academy are going to play because we have John, Aymeric, Aleks (Zinchenko), Rodri, I think Gundogan, all of them injured.” Guardiola said

City could have Liam Delap, Sam Edozie, Cole Palmer and Luke Mbete playing a part in the game.

Manchester City have 10 points from five games played this season in the Premier League to sit in fifth.

The Cityzens drew 0-0 against Southampton at the weekend in the Premier League while Wycombe beat Charlton 2-1 in the League one.

Meanwhile, in other Carabao Cup fixtures for Tuesday, Brentford will face Oldham, Burnley will welcome Rochdale.

Leeds United will face Fulham at the Craven Cottage, it will be an all Premier League affair between Norwich City and Liverpool at the Carrow Road.

QPR will host Everton, Sheff Utd and Southampton while Watford will play Stoke and Wigan will play Sunderland.

Manchester City are the defending Champions of the Carabao Cup having won the competition last season after beating Premier League rivals Tottenham Hotspur to the title with a 1-0 scoreline via a late Aymeric Laporte.