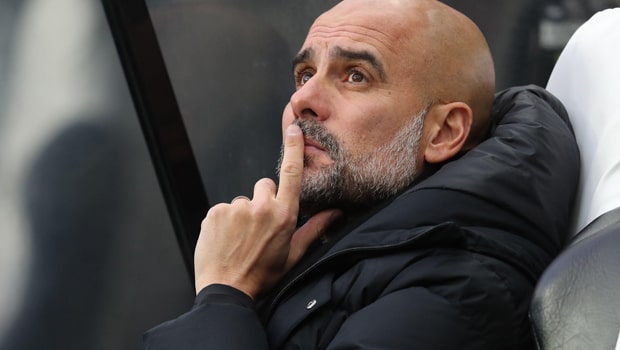 Manchester City manager Pep Guardiola has said that he’s not disappointed with the desire of Spanish striker Ferran Torres to leave the citizens for Barcelona.

Manchester City have reached an agreement with Barcelona earlier this week for a deal that will see Torres return to Spain.

Barcelona would not have been able to pay such an amount due to their recent financial crisis, but a bank loan which the club has secured will make the deal possible.

However, Pep Guardiola believes that the player deserves to be happy even if it means leaving, noting that Real Madrid and Barcelona remain the biggest clubs in the world which players cannot say no to.

“If he wants to leave, absolutely no disappointment, It’s his desire. I’m happy for him. If you want to leave because you’re not happy here, you believe you’ll be happy in another place, you have to go. The career is short. When Barcelona or Real Madrid knock on the door of players then it is difficult to say no,” Guardiola added.

Barcelona have been short of strikers since Sergio Aguero developed a heart issue that forced him to retire this season.

Memphis Depay has been the club’s only established forward alongside Frenchman Ousmane Dembele.

Xavi Hernandez, who took charge of the team two months ago, has not had it easy as well, as Barcelona failed to win their last game of 2021 after a 1-1 draw with Sevilla in the La Liga.

The club has also been knocked out of the UEFA Champions League for the first time in close to two decades as they will now play in the UEFA Europa League, having finished third in their group, which had Bayern Munich, Benfica, and Dynamo Kiev.