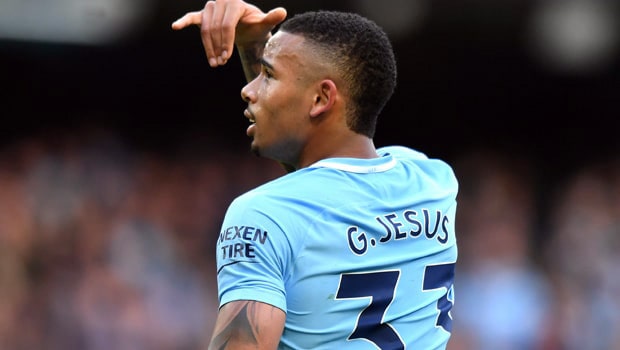 Manchester City forward Gabriel Jesus has undergone his medical at Emirates Stadium on Tuesday ahead of his move to Arsenal.

Arsenal has been linked to the Brazilian forward for the majority of the transfer window as the Gunners continue to bolster their team ahead of the new season in search of UEFA Champions League football.

The 25-year-old was courted by several teams but has settled for the Gunners with a deal worth £45m as well as the lure to work with Mikel Arteta once again. Jesus worked with the Spaniard when he was assistant to Pep Guardiola at Manchester City.

Jesus had 28 games in the Premier League last season, with eight goals and registering nine assists. He also has 56 caps and 19 goals for Brazil since making his senior debut in September 2016.

His experience will come in handy for the Gunners, who had a frontline that was littered with inexperienced forwards after the exit of Pierre Emerick Aubameyang in January and Alexander Lacazzette at the end of the season.

Arsenal had to make do with Eddie Nketiah, Bukayo Saka, and Gabriel Marinelli towards the end of the season.

The North Londoners have also linked with Leeds United midfielder Raphina who reports say has now been courted by Chelsea.

Youri Tielemans was also on the radar of the Gunners, but Mikel Arteta’s side dropped their interest in him to chase Raphina and Gabriel Jesus.

However, Chelsea is now in the pole position to sign Raphinha, although the player prefers to move to Barcelona as his destination of choice.

The Blues have already made a bid for Raphina worth around £65m, and he will be Chelsea’s first transfer since Todd Boehly took over. The Blues are also interested in Manchester City forward Raheem Sterling.

On Monday, Arsenal submitted a £35m offer for Ajax defender Lisandro Martinez challenging Manchester United in the race for the 24-year-old.