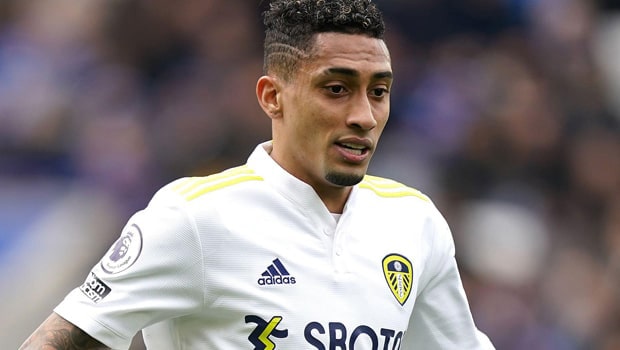 Chelsea has emerged as the front-runner to land Brazilian and Leeds United midfielder Raphinha.

The Blues recently entered the race to sign the midfielder who is being courted by several teams in and outside England. Initially, London rivals Arsenal were said to be close to signing the 25-year-old, but reports indicated that the player would prefer a move to Camp Nou.

Meanwhile, with Barcelona in the race, Chelsea is considered his second-best option, but it is understood that the Blues will make a bid for the player.

Chelsea wants to make him a part of their frontline for the next season, which will very much look changed with the exit of Romelu Lukaku to Inter Milan.

The 29-year-old joined Inter on a loan deal after completing a routine medical and was unveiled by the Italians on Wednesday.

Lukaku struggled on his return to Chelsea after scoring just 8 times in 26 Premier League games.

The Blues have also made contact with Manchester City in a bid to sign English forward Raheem Sterling.

In other Premier League transfer stories, Newcastle United has agreed to sign Lille FC defender Sven Botman for a fee of £32m with a further £2.5m in add-ons.

He joins the Toons after changing his mind on the transfer deadline day in January. He is also their third acquisition this summer after signing Aston Villa left-back Matt Targett for £15m and Burnley’s England goalkeeper Nick Pope.

Botman joined Lille from Ajax in 2020 and made 79 appearances for the side.