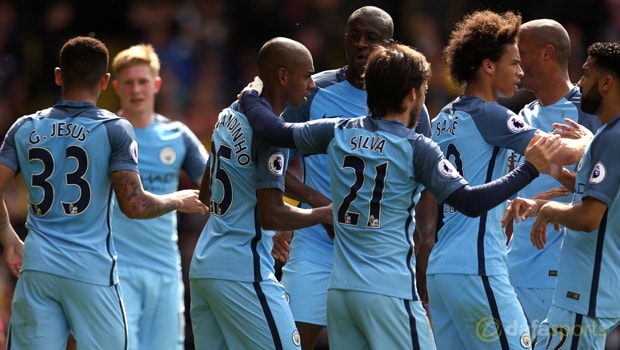 City made a flying start under Pep Guardiola last season but their form tailed off and they finished 15 points behind Premier League champions Chelsea in third spot.

The Etihad Stadium outfit also failed to make a real mark in Europe as they were dumped out of the Champions League by Monaco in the first knockout stage but Fernandinho has high hopes for the season ahead.

The club have brought in goalkeeper Ederson, defenders Danilo and Benjamin Mendy and midfielder Bernardo Silva during the current transfer window, and there may be more new faces arriving at City before the transfer window closes.

Fernandinho says he has been helping the new arrivals settle and he expects them all to make an impact in the Premier League and the Champions League.

He told the club’s official website: “It’s a new challenge in their life, players like Danilo, Ederson, come from warmer countries, and they will now arrive in Manchester, with bad weather conditions, we have to prepare them well for that!”

He added: “All of them have got the quality, especially for the Premier League. Danilo, Mendy, Ederson, they are strong.

The Premier League is demanding physically. Every three days you have to be ready to play at a high level.

“They can make a difference for us to in the Premier League and Europe. I hope we can help them to be ready to do their best.”