‘Mature’ Depay aims to get one over on City 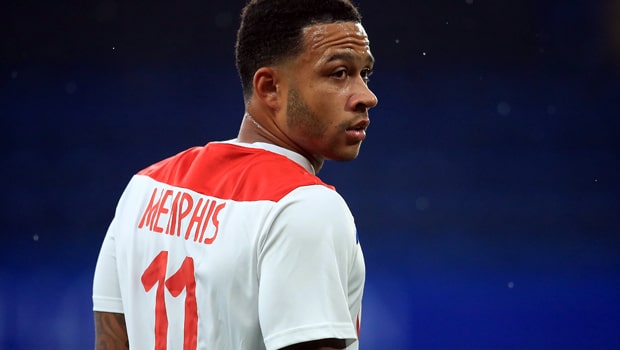 Memphis Depay has admitted he wasn’t mature enough to succeed during his time at Manchester United. The Dutch forward, now 24, does not believe the Man United fans saw the best of him during his 19 months at the club.

He is back in the city with Lyon to face Premier League champions Man City in the Champions League and says he’d like to get one over on his old rivals for United’s fans.

Depay scored just seven goals in 53 appearances for United after joining them from PSV Eindhoven for £31m in June 2015.

He left Old Trafford in January last year to join Lyon and he returns to England with the Ligue 1 side on Wednesday evening. His spell in Manchester was not what he hoped for and, while he cites a lack of first-team opportunities, the winger also admits he didn’t show the sort of quality he had hoped for.

“Everybody knows the story of me and Manchester United was not successful,” said the Netherlands international.

“Everybody can see that and I can feel it myself. I can look back and say I didn’t want it to go like that – nobody did – but things happened.

“After one season, I couldn’t find myself in the team. I was still young, didn’t get a lot of opportunities, but I must say that the first season I didn’t put the quality on the table that I thought.”

He is now enjoying his time in France and Depay feels he has started to show his true value for his new employers.

Man United still holds a special place for him, so he’ll try his best to upset Pep Guardiola’s team at the Etihad Stadium. “I’ve become more mature,” he added.

“You go through experiences in life on and off the pitch. When I came back today [to Manchester] I felt like a different person.

“I’m just happy that I’m the player I am today. I became a much better player. I can feel it in games and everyone can see it.

“For sure, the city is still red and we will try to get a good result against the Blues.”