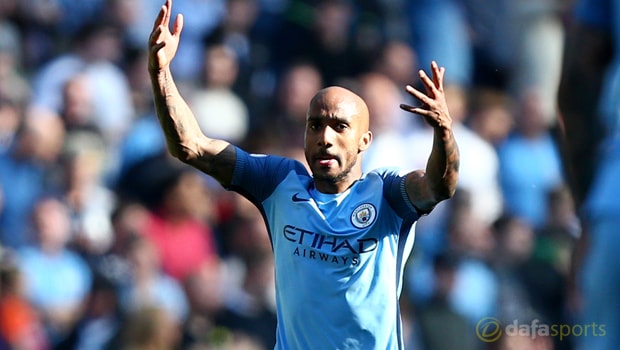 Fabian Delph has admitted his time at Manchester City has been frustrating but he insists making the move to the Etihad Stadium will prove to be the right decision.

Delph left Aston Villa in 2015 to join City, penning a five-year contract, and much was expected from the midfielder after an impressive season for the West Midlands-based club.

However, the 27-year-old has been plagued by injuries over the last two years and he’s only made 24 Premier League appearances for the Citizens.

The Bradford-born star was linked with a move away in the previous January transfer window with several Championship teams considering a loan until the summer.

But, despite the mounting speculation, nothing materialised and the England international will remain at City until the end of the campaign at least.

Delph was handed a rare start in the 2-1 defeat to Chelsea on April 5 and he managed to retain his place in the starting 11 for the 3-1 victory over Hull City three days later.

The midfielder is hoping manager Pep Guardiola continues to offer him first-team opportunities while also revealing winning silverware is a huge goal of his.

“It’s frustrating not to be playing but you have to keep going. It’s an unbelievable squad, where everyone is very talented,” Delph said.

“I knew when I came here I wouldn’t play 60 games a season, but it was an opportunity to better myself and possibly win trophies.”

City, who are 1.10 to finish in the top-four this season, are next in action on Saturday when they make the trip to St Mary’s to take on Southampton and the visitors are firm 1.75 favourites, a draw is priced at 3.80 with the Saints 4.50 outsiders.